The Bushmills Old Distillery Company itself was not established until 1784 by Hugh Anderson. Bushmills suffered many lean years with numerous periods of closure with no record of the distillery being in operation in the official records both in 1802 and in 1822. In 1860 a Belfast spirit merchant named Jame McColgan and Patrick Corrigan bought the distillery; in 1880 they formed a limited company. In 1885, the original Bushmills buildings were destroyed by fire but the distillery was swiftly rebuilt. In 1890, a steamship owned and operated by the distillery, the S.S. Bushmills, made its maiden voyage across the Atlantic to deliver Bushmills whiskey to America. It called at Philadelphia and New York before heading on to Singapore, Hong Kong, Shanghai and Yokohama. A showcase at the distillery In the early 1900s, the USA was a very important market for Bushmills (and other Irish Whiskey producers). American Prohibition in 1920 came as a large blow to the Irish Whiskey industry, but Bushmills managed to survive. Wilson Boyd, Bushmills' director at the time, predicted the end of prohibition and had large stores of whiskey ready to export. After the Second World War, the distillery was bought by Isaac Wolfson, and, in 1972, it was taken over by Irish Distillers, meaning that Irish Distillers controlled the production of all Irish whiskey at the time. In June 1988, Irish Distillers was bought by French liquor group Pernod Ricard. In June 2005, the distillery was bought by Diageo for £200 million. Diageo has significantly increased production at the distillery and hopes to double production by 2012.[citation needed] Diageo have also announced a large advertising campaign in order to regain a market share for Bushmills. In May 2008, the Bank of Ireland issued a new series of sterling banknotes in Northern Ireland which all feature an illustration of the Old Bushmills Distillery on the obverse side, replacing the previous notes series which depicted Queen's University of Belfast.[9][10] In November 2014 it was announced that Diageo was to trade the Bushmills brand with Jose Cuervo in exchange for the 50% of the Don Julio tequila brand that Diageo did not already own. The deal is expected to be completed in early 2015.[11] http://en.wikipedia.org/wiki/Old_Bushmills_Distillery 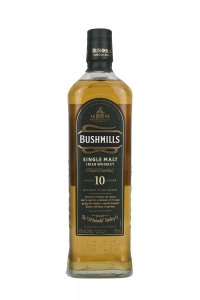 Bushmills 10 Year Old is matured in two different woods- bourbon and Oloroso sherry for a minimum of 10 years... More › 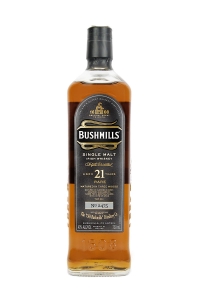 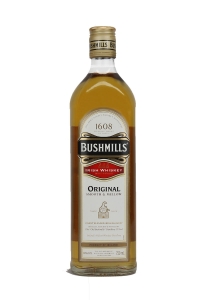 Bushmills has been distilling Irish Whiskey since 1608. Bushmills Original is a blend of triple distilled... More › 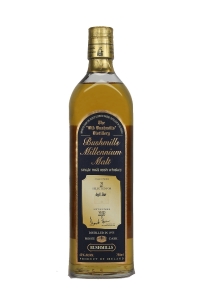 Bushmills Millennium Malt has come straight from the cask, pure and unfiltered. A very special and rare... More › 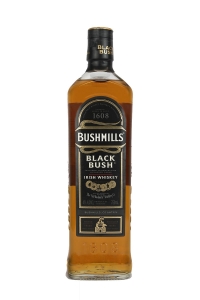 Bushmills Black Bush has an intriguing name and intriguing flavor. The rich dark colouring is a result of... More › 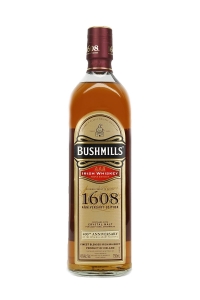 Bushmills 1608 Anniversary Edition is especially crafted to celebrate the 400th anniversary of the original... More › 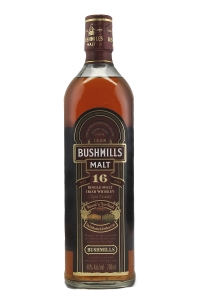