According to Tom Bulleit, who created the modern brand, the first batch of Bulleit bourbon was made around 1830 by Augustus Bulleit, who continued to produce it during the 19th century  but its production was discontinued after his death in 1860.[6] The current recipe is substantially different from the original by Augustus Bulleit, which used about two-thirds rye and one-third corn in the mash bill (which would make it a rye whiskey rather than a bourbon using modern product labeling terminology).[6] In 1987, Tom Bulleit, the great-great-grandson of the original creator, oversaw the distillation of the first batch of the modern-day Bulleit bourbon.[3] In characterizing the recipe, Bulleit remarked on its relatively high rye content and its relatively lengthy aging, and has said that the bourbon has an absence of phenol.[1] The low phenol content is attributed to the use of a filtering process.[6] In 1997, the Bulleit brand name was bought by Seagram, and began being distilled in Lawrenceburg, Kentucky.[2] The brand was introduced to US markets in 1999, and to Australia, UK and Germany in 2000.[3][7] Following an acquisition of various Seagram's assets, the Bulleit brand is now owned by Diageo and is produced at the Kirin Brewing Company Four Roses distillery in Lawrenceburg, Kentucky. The Four Roses distillery had also been a Seagram facility, and was briefly owned by Diageo before being sold to Kirin. The current mash bill contains 68% corn (maize), 28% rye, and 4% malted barley.[6] http://en.wikipedia.org/wiki/Bulleit_Bourbon 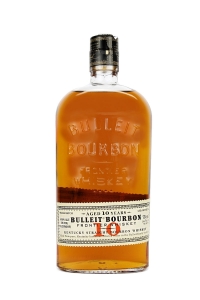 Bulleit Bourbon is made by following the small-batch technique inspired by Augustus Bulleit over 150 years ago... More › 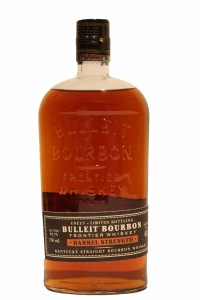 Released in April 2016, Bulleit Bourbon Barrel Strength is made from the same high-rye mash bill as the... More › 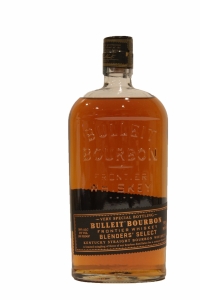 Limited-edition 100 proof bourbon that selectively mingles three of the ten distillates used in our flagship... More › 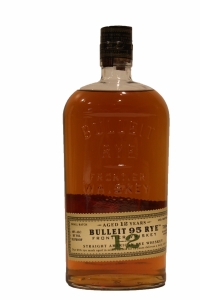