Bowmore (/boʊˈmɔr/ boh-mor[citation needed]) is a distillery that produces scotch whisky on the isle of Islay, an island of the Inner Hebrides.[1] The distillery, which lies on the South Eastern shore of Loch Indaal, is one of the oldest in Scotland and is said to have been established in 1779.[1] The distillery is owned by Morrison Bowmore Distillers Ltd, a holding company owned by Japanese drinks company Suntory. Morrison Bowmore also own the Auchentoshan and Glen Garioch distilleries and produce the McClelland's Single Malt range of bottlings.[1] http://en.wikipedia.org/wiki/Bowmore_distillery 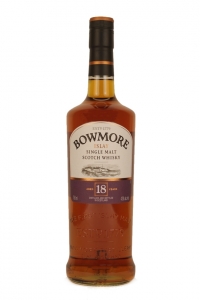 Bowmore 18 Year Old is one of Bowmore's rarest and most exceptional bottlings. Matured in the finest... More › 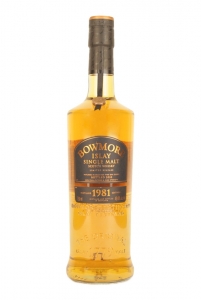 Bowmore 1981 is the first in the Bowmore vintage series. It is a rare and limited release of only 402 bottles... More › 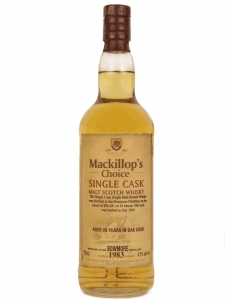 This Single Cask Single Malt Scotch Whisky was distilled at the Bowmore Distillery on the island of Islay, on... More › 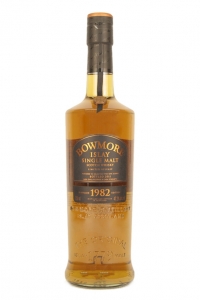 Bowmore 1982 made its first vintage release in 2010. The spirit is matured in hand-selected fine oak casks and... More › 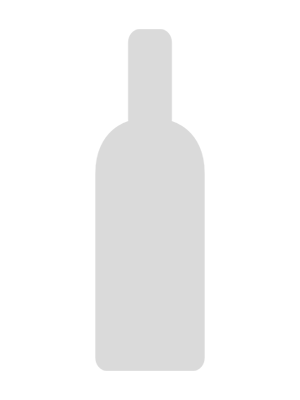