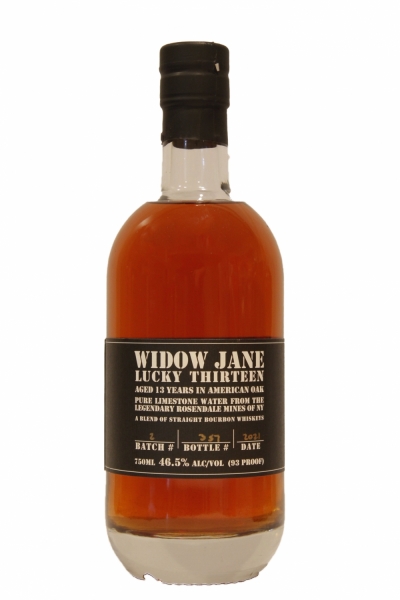 The whiskey aging process is influenced by time & place. Arent we lucky. These barrels have all been influenced by the greatly varying temperatures & humidity levels of their original source and their time in our Rick House in Red Hook, Brooklyn. The different rick house positions combined with climate variations have led to subtle deviations in flavor & alcohol strength.

Please complete the form below and then click 'Send Message' button to tell your friend about Widow Jane Lucky Thirteen Batch 2.