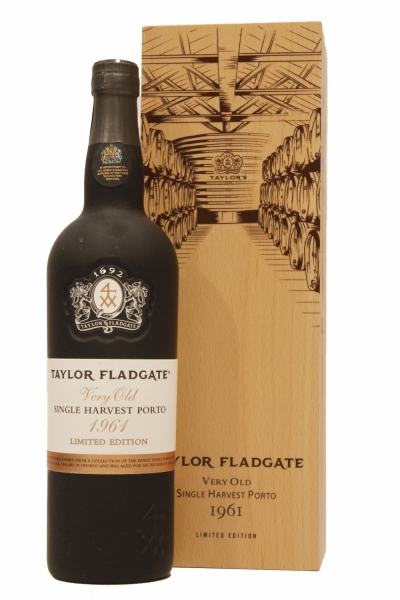 The 60s are known as the Rebel years due to the cultural and ideological changes of the time. It is also a decade full of memorable wines that are almost impossible to find today. This is an opportunity to celebrate 1961: the year that saw Yuri Gagarin, the first man to go into space, essential for the development of telecommunications in our era. It is also the year of the creation of the World Wildlife Fund (WWF) which has played such an important role in conserving the planet. It was a year when the actress Audrey Hepburn starred in the film Breakfast at Tiffany's and the musical West Side Story won the Oscar for best film of the year.

Core of walnut brown surrounded by a broad rim of pale gold with olive highlights. Powerful nose of extraordinary complexity and opulence, revealing multiple nuances and dimensions of aroma.

First to emerge is a mellow redolence of molasses, dried fig and sultana, mingling with nutty marzipan aromas. As the wine opens up, scents of cedarwood and dried tobacco leaf appear, together with subtle spicy notes of black pepper and cardamom and a fleeting fresh hint of citrus.

All this is enveloped in an powerful aura of oaky vanilla aroma, the legacy of decades of ageing in cask. In the mouth the wine is dense, round and concentrated, with a thick velvety texture, quite rich and sweet on the mid palate but then lifted by a burst of fresh acidity on the finish, which is crammed with lingering flavours of butterscotch, almond, orange marmalade and dried fruit. A beautifully balanced wine, still clean and fresh in spite of its many years of maturing in wood.