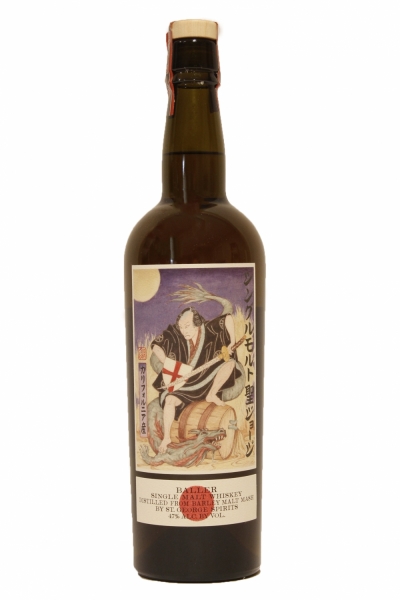 Baller Single Malt Whiskey is a new release with a crisp, dry, malty flavor profile. Distiller Lance Winters describes Baller as a California take on the Japanese spin on Scotch whisky. 100% American barley (predominantly two-row pale malted barley, the remainder is lightly roasted). After distillation in our eau de vie pot stills, the whiskey is aged 34 years in used bourbon casks and French oak wine casks, as well as filtered through maple charcoal. Then finish the whiskey in casks that had held house-made umeshu (a Japanese style of plum liqueur we made entirely from California-grown ume fruit).

Crisp and dry, with a touch of malt sweetness. The smoky finish lingers and builds

Please complete the form below and then click 'Send Message' button to tell your friend about St George Baller .