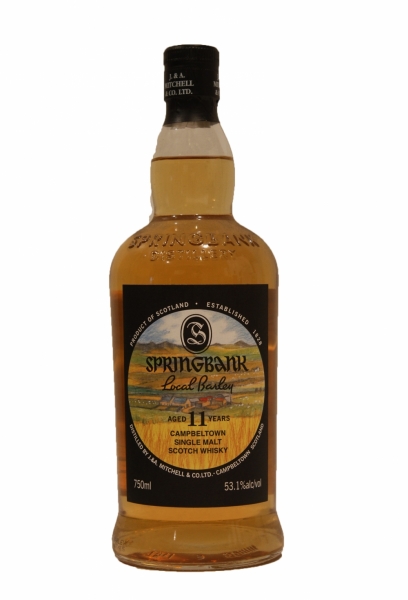 This is the second release from Springbank's already very popular Local Barley series (which was revitalised in early 2016 with the 16 Year Old Local Barley, and will be seeing a further three expressions over the coming years). It's an 11 year old single malt Scotch whisky made with Bere barley from the Aros Farm. This expression was matured in bourbon casks.

Please complete the form below and then click 'Send Message' button to tell your friend about Springbank 11 Year Old Local Barley.