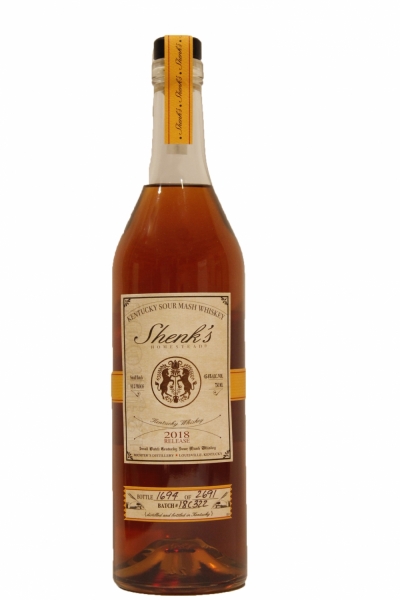 A sour mash whiskey from Michter's, released to honour John Shenk. He opened a distillery in Pennsylvania in 1753, later bought by the Bomberger family, whose legacy are continued today by Michter's. This is a honeyed and rounded Kentucky sour mash whiskey, with notes of spice, mint, orange and a touch of smoke. 2020 Release