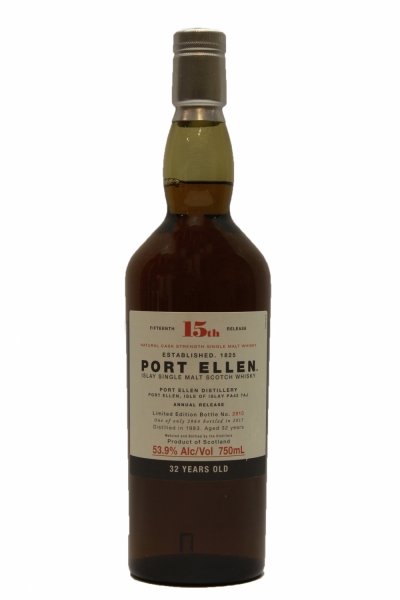 This 32 year old single malt Scotch whisky from an Islay distillery that was bottled in 1983 and never reopened. The whisky comes from the final year of production. Matured in refill European oak butts it's a release of 2,964 individually numbered bottles. Highly sought after, there won't be too many more releases of this legendary malt.

Creamy with complex caramels, just a hint of smoke and menthol edge. Taste of coconut initially before those deep, sometimes dark caramels. A plethora of rich juicy prunes and dates, treacle, honey, raisins. Dry, earthy oak before it becomes slightly cooling (perhaps a return of that menthol character).

Please complete the form below and then click 'Send Message' button to tell your friend about Port Ellen 32 years 15th Edition Release.