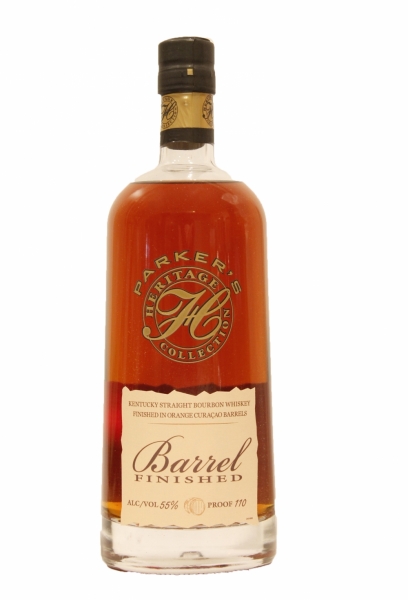 Barrel Finished marks the 12th edition of Parker's Heritage, a limited edition edition whiskey named in honor of the late Heaven Hill master distiller Parker Beam. This is the second Parker's Heritage release made in collaboration with master blender Alain Royer who assisted Parker in the creation of Cognac Barrel Finish. Barrel Finished is made from bourbons aged for 7-8 years on the upper floors of Rickhouse Q. The bourbon was then transferred to barrels that previously held orange curaçao liqueur for four months before bottling

Please complete the form below and then click 'Send Message' button to tell your friend about Parker's Heritage 12th edition Barrel Finish.