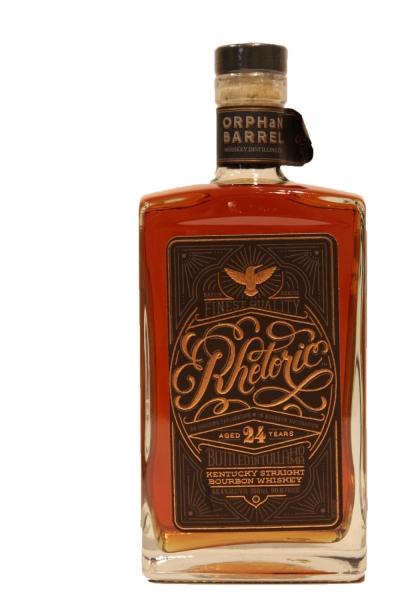 This is the fifth release of Rhetoric bourbon, part of Diageos Orphan Barrel series. Since 2014, a new Rhetoric has been released annually, each with an additional year of age and a small bump in proof

Please complete the form below and then click 'Send Message' button to tell your friend about Orphan Barrel Rhetoric 24 Year Old.