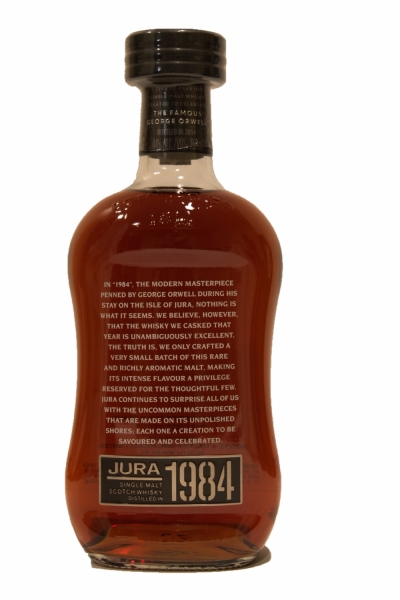 This vintage-dated whisky was bottled in 2014 making this a 30-year old whisky. It was aged in a combination of American white oak, and Amoroso and Apostoles ex-sherry butts. It was created to honor the novelist, George Orwell who wrote his novel, "Nineteen Eighty-Four" while he was visiting the Isle of Jura in 1947-48. Only 1984 bottles were created.

Please complete the form below and then click 'Send Message' button to tell your friend about Jura George Orwell 1984.