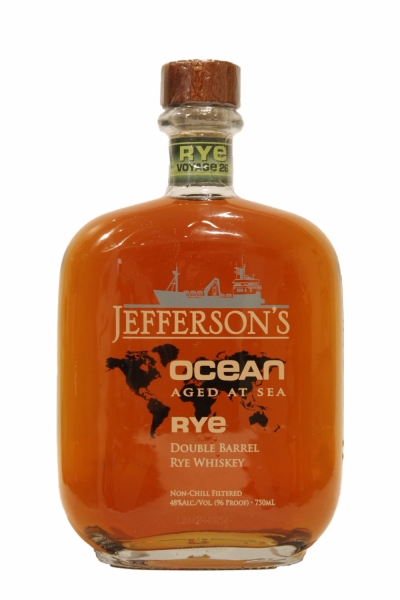 The liquid for voyage 26 is a fully mature rye whiskey that was double barreled (75% in char 3 barrels and 25% in toasted barrels). It was then placed on ships an uncommon place to be stored, traveled through ports around the world as part of the unique finishing technique for which the Ocean series is known.

Please complete the form below and then click 'Send Message' button to tell your friend about Jefferson's 'Ocean' Aged at Sea Double Barrel Rye Voyage 26.