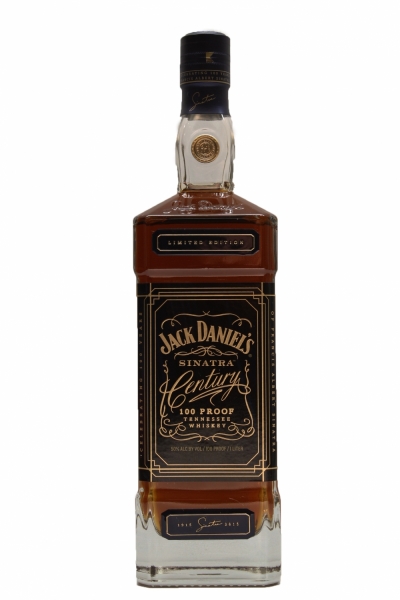 A ONCE-IN-A-LIFETIME WHISKEY, SINATRA CENTURY HONORS THE 100TH BIRTHDAY OF FRANK SINATRA. BOTTLED FROM ONLY 100 BARRELS HAND-SELECTED FOR THEIR CHARACTER, IT IS A TOAST TO AN ICON AND A LIFE WELL LIVED.

Jack Daniels Sinatra Century, one of the most limited Tennessee whiskies ever released. Aged in distinctively crafted barrels, our 100-proof whiskey is delicately balanced for smoothness. The interior grooves of the barrel coax the whiskey to greater depths of white oak and give the whiskey a complexity of flavors - imparting Sinatra Century with a robust and refined taste.
Encased in a unique collectors box, every bottle of Sinatra Century is accompanied by a previously unreleased soundtrack as special as the whiskey itself. Honoring the man and his legendary life, Sinatra Century is available in limited release on the occasion of his 100th birthday.

Please complete the form below and then click 'Send Message' button to tell your friend about Jack Daniel's Sinatra Century.