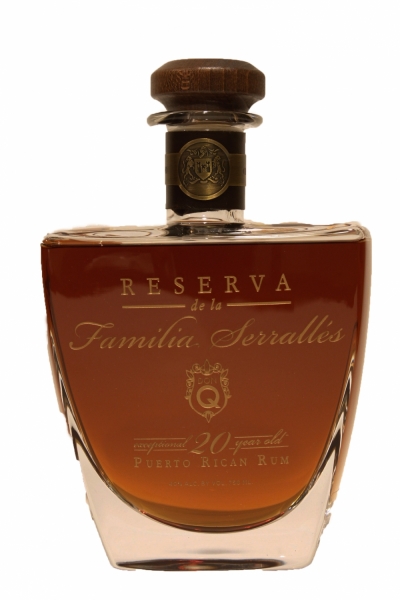 Gran Reserva de la Familia Serralés, its most elite bottle ever. Don Q is marking the 150th anniversary of its 1865 founding this year with the very limited-edition bottle, blending 20-year-old rums from its oldest warehouses, hand-selected by sixth-generation distiller Roberto Serrallés. The elixir is being compared to cognac and in keeping with the companys birthdate, only 1,865 bottles was produced.