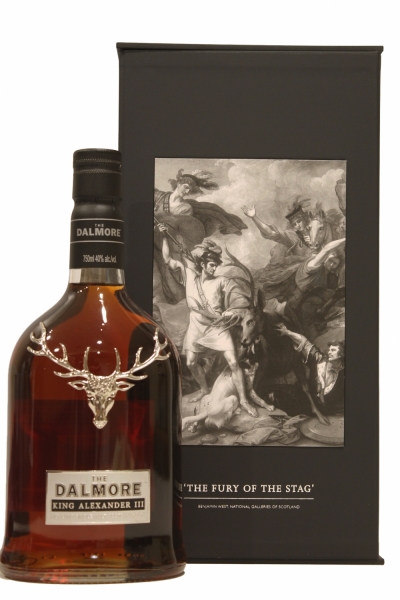 Dalmore King Alexander III 'The Fury of The Stag'

This is by far the largest painting in the collection and admirably represents West's heroic and monumental style. It illustrates a legend in which the first chieftain of the Clan Mackenzie saves the life of the Scottish King. Colin Fitzgerald is shown about to spear a fierce stag who had turned on the Scottish King, Alexander III, during a hunting expedition. West includes other huntsmen, horses and dogs whose dynamic poses and striking gestures enhance the dramatic moment. Francis Humberston Mackenzie became chieftain of the Mackenzie Clan in 1783 and commissioned the painting to commemorate, rather conspicuously, his illustrious ancestor. The painting has recently been conserved in public in the National Gallery.

Please complete the form below and then click 'Send Message' button to tell your friend about Dalmore King Alexander III 'The Fury of The Stag'.