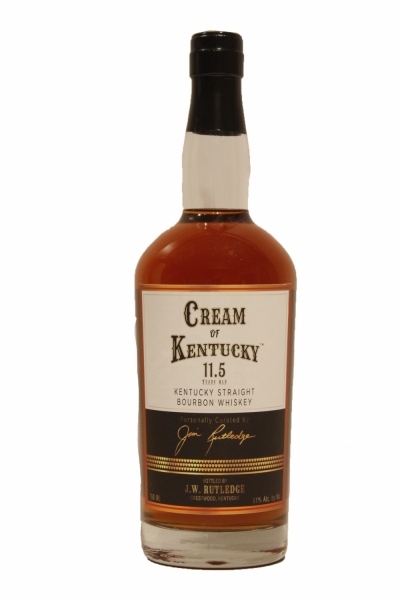 Cream of Kentucky was created in the 1880s by I. Traeger & Co. of Cincinnatiyes, an Ohio distiller branded its whiskey with the state of Kentucky. The whiskey was likely sourced from Kentucky, however. After Prohibition, the brand was re-introduced by Schenley, one of the largest whiskey companies in the country at that time, and grew to prominence in the 1930s and 40s. Eventually, it declined in popularity and became a blended whiskey. The brand itself was discontinued at some point, most likely in the in the 1980s, and by 1996, the trademark was abandoned.

Please complete the form below and then click 'Send Message' button to tell your friend about Cream Of Kentucky Bourbon.