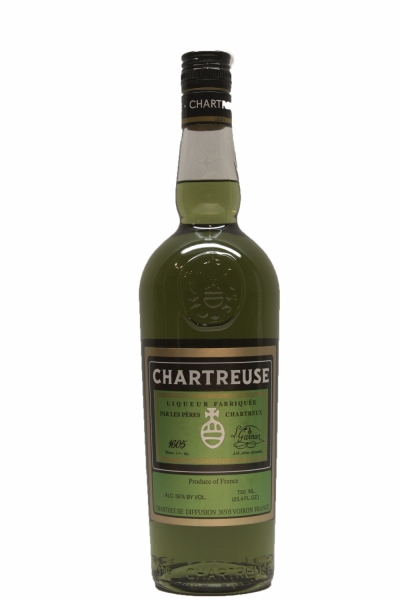 Chartreuse (pronounced: [ʃaʁtʁøz]) is a French liqueur made by the Carthusian Monks since 1737 according to the instructions set out in a manuscript given to them by François Annibal d'Estrées in 1605. It is composed of distilled alcohol aged with 130 herbs, plants and flowers. The liqueur is named after the Monks' Grande Chartreuse monastery, located in the Chartreuse Mountains in the general region of Grenoble in France. The liqueur is produced in their distillery in the nearby town of Voiron (Isère). Until the 1980s, there was another distillery at Tarragona in Spain.[1][2]
https://en.wikipedia.org/wiki/Chartreuse_(liqueur)

Is a naturally green liqueur made from 130 herbs and plants macerated in alcohol and steeped for about 8 hours. A last maceration of plants gives its colour to the liqueur.

Please complete the form below and then click 'Send Message' button to tell your friend about Chartreuse Green.