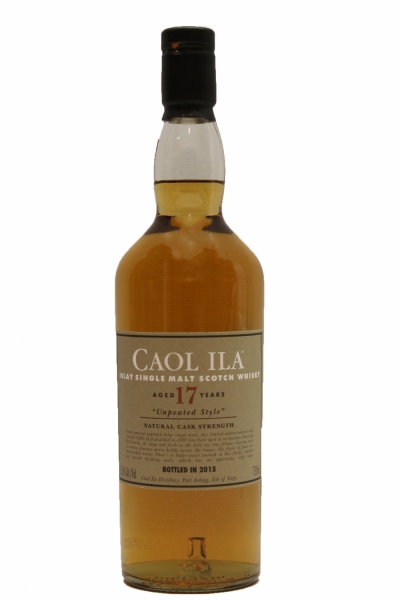 Caol Ila is the Gaelic word meaning "the Sound of Islay", which separates the island from Jura, in one of the most remote and beautiful parts of Scotland's West Coast. Caol Ila is a light and fresh expression, with that distinctive Caol Ila smoke.

It really does smell just like toffees. Allspice, lots of brown sugar, a touch of anise, Cinnamon Grahams and even a hint of chilli. Tangy toffee now, a little chalk and increasingly charred oak spice, charred oak. Smoky

Please complete the form below and then click 'Send Message' button to tell your friend about Caol Ila 17 Years Old Unpeated.