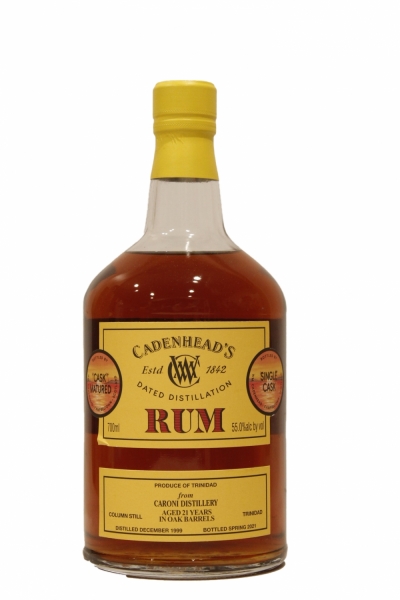 Established in 1923 on the site of the old Caroni sugar factory with both column and pot stills, Caroni produced rums notable for a distinctive heavy profile which was supplied to the British Navy. Despite protests, in 2001 it was sold by the Trinidad government to Angostura, and it was then closed in 2002. The winds of fate changed when, while visiting Trinidad in 2004, Luca Gargano learnt of a warehouse full of barrels of rums in the derelict distillery. The barrels were purchased, bottled and sold and are now frantically sought out by collectors - a phenomenon termed Caronimania.

Please complete the form below and then click 'Send Message' button to tell your friend about Cadenhead's Rum Single Cask from Caroni Distllery.