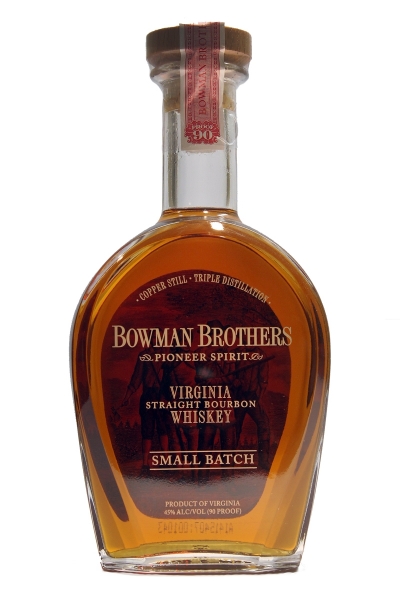 John, Abraham, Joseph and Isaac Bowman were Virginia militia officers in the American Revolutionary War. In 1779, they led thirty pioneer families to Madison County, Kentucky and established Bowman's Station. Later, the brothers helped establish and settle Fayette County. They were legends, admired and respected by fellow settlers for their courage and bravery. This handcrafted bourbon whiskey pays tribute the these four heroic Bowman Brothers.

Aroma: A nose of sweet maple syrup and vanilla, with a rye-spice edge. On the Palate: Chewy, with wonderful flavors resembling that of the nose. Finish: Clean and short.