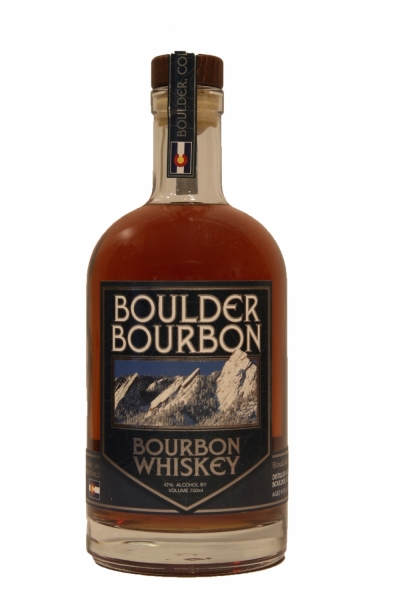 Boulder Bourbon is an exceptionally unique, Limited Release product that is blended from the distillers pick of only the best barrels of our aged bourbon.

Vapor Distillery has a custom designed and imported Scottish Copper Pot Still. This Scottish Still, due to its wide shape, imparts considerably more flavors than a traditional American column still.

Our mash bill has just enough corn to allow it to be called a Bourbon, but that amount of corn gives the sweetness you would expect. Higher malted barley mash bill than any distilleries in the US, a whopping 44%, which gives our Boulder Bourbon a smooth fruity taste.

The malted barley allows the small amount of Rye to shine but a lot of the spiciness is coming from the barrel as is the sweetness.

Barrels, after handcrafting the bourbon aged Boulder Bourbon on premise and in New American Oak Barrels with a #3 Char which gives it a dark color.

Please complete the form below and then click 'Send Message' button to tell your friend about Boulder Bourbon.