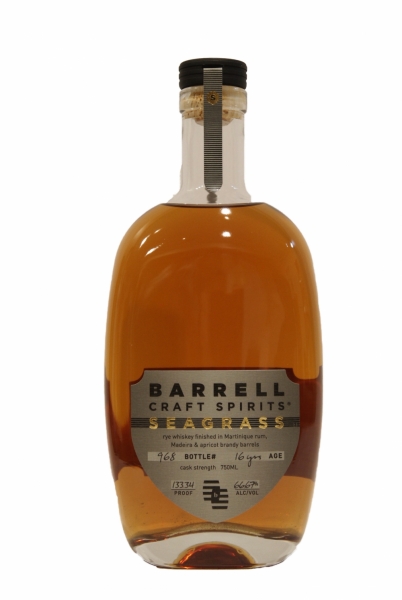 The foundation of BCS Gray Label Seagrass began with two groups of 16-year-old 100% Canadian Rye barrels - one with bright citrus and crisp green apple notes and the other with earthy spearmint notes. A portion of the first group was finished in Apricot Brandy casks, a portion of the second group was finished in Martinique rhum barrels, and a blend of the first and second groups was finished in Malmsey Madeira barrels. When each set of secondary maturation flavors peaked, those casks were pulled and slowly married into the final blend.