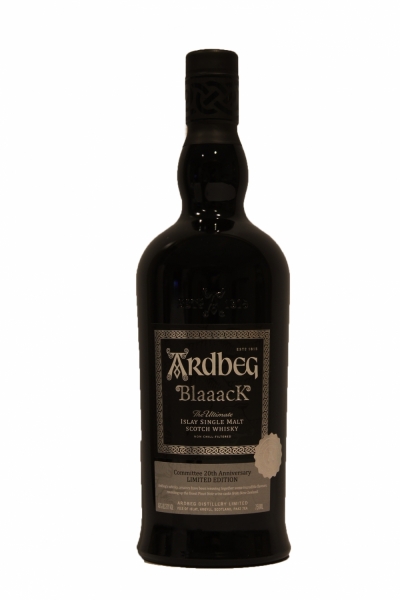 Ardbeg Blaaack is a no-age statement limited edition release for its committee which boasts a worldwide membership of 120,000 and counting. Ardbeg Blaaack is named to celebrate the black sheep members of the committee which is celebrating its 20th anniversary in 2020. This bottling marks the first time that the distillery has matured its whisky in pinot noir casks from New Zealand. Ardbeg will release two versions of the whisky. This committee release version is bo

Please complete the form below and then click 'Send Message' button to tell your friend about Ardbeg Blaaack Commitee 20th Anniversary Limited Edition.