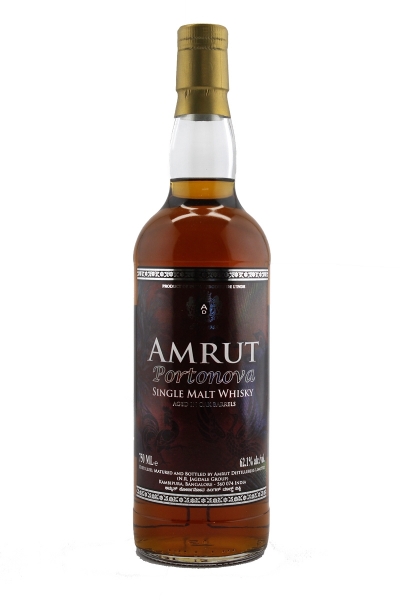 Amrut Portonova gets its name from a town called "Portonovo" on the east coast of India, that was under Portuguese control from the 16th to the 18th century. Amrut Portonova is an un-peated single malt whisky matured initially in a combination of new American oak and ex-bourbon barrels, which is then transferred to once-used port pipes imported from Portugal and then finally back to ex-bourbon casks.

Please complete the form below and then click 'Send Message' button to tell your friend about Amrut Portonova.