Amrut is a brand of Indian single malt whisky, manufactured by Amrut Distilleries, and launched on 24 August 2004 in Glasgow, Scotland. It is the first single malt whisky to be made in India.[1] Amrut (अमृत) or amrita is a Sanskrit word which can be translated as "nectar of the gods",[2][3] "nectar of life",[4] or "drink of the gods".[5] The company translates it as "Elixir of Life".[6] The brand became famous after whisky connoisseur Jim Murray gave it a rating of 82 out of 100 in 2005 and 2010. In 2010 Murray named Amrut Fusion single malt whisky as the third best in the world.[7][2][8] John Hansell, editor of American magazine Whisky Advocate, wrote that "India's Amrut distillery changed the way many think of Indian whisky  that it was just cheap Scotch whisky blended with who knows what and sold as Indian whisky. Amrut is making whisky, and it's very good".[9] Amrut Distilleries sells Amrut single malt whisky in Australia, Belgium, Canada, Denmark, Finland, France, Germany, Italy,[10] Japan, the Netherlands, Singapore, Spain, South Africa, Sweden, Switzerland, Taiwan, the United Kingdom and the United States.[11][2][7] 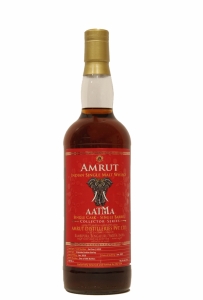 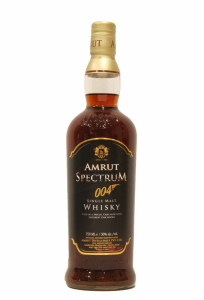 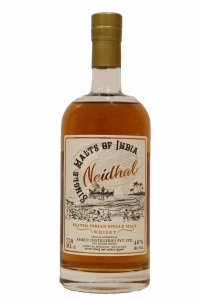 Neidhal, a peated single malt whisky, is said to pack in its notes of tropical fruit, vanilla punctuated by... More › 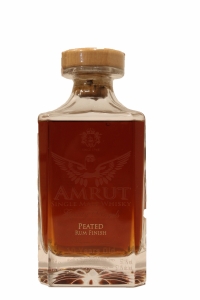 **Additional Shipping Charges Will Apply** Soft delivery with the accent at first jointly shared between... More › 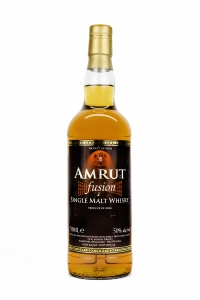 Amrut Fusion is a unique combination of the finest Indian and peated Scottish barley. Aged in oak barrels and... More › 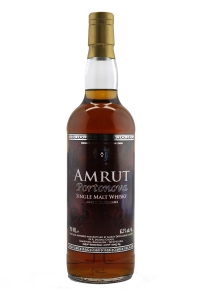 Amrut Portonova gets its name from a town called "Portonovo" on the east coast of India, that was under... More ›